Home / Blog, STEM / Quantum Physics and A World Without Latency

Quantum Physics and A World Without Latency 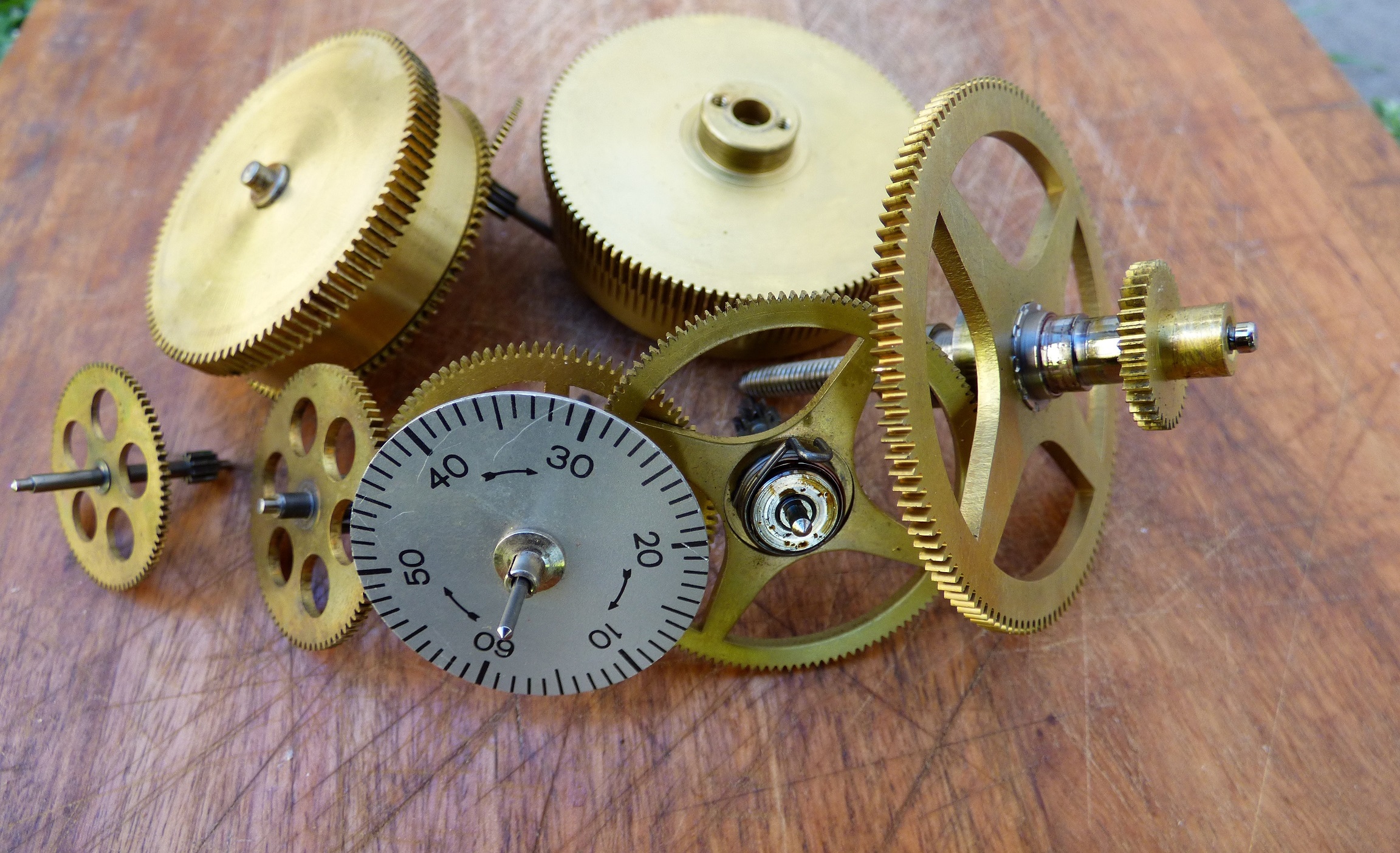 Quantum Physics and A World Without Latency

At the Olympic 100m dash, the difference in both time and loudness, between starting gun-shot sound reaching the closets and the farthest athlete can make a difference of as much as 1/10 of a second in the final outcome, which in this context is huge. After the sound reaches them and they hear it there is second latency of ‘reaction time’ for the brain to process and for them to push off the block. 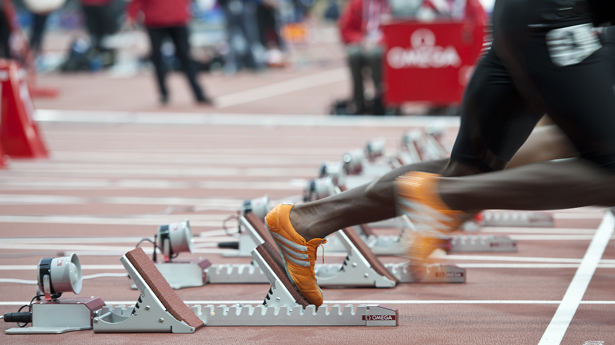 With technology the disadvantage of sound has now been removed. They use speakers or hooters instead of the starting gun. However, the different individual latency to process the signal and set off the starting block is what gives one athlete advantage over the other.

Where all does latency show up? Well everywhere!

Let’s start with the Physical World

Latency exists in the physical world. Lets say in automobiles. How much time does it take for you to shift the gears. The clutch plates need to be disengaged, the gear shifted and then plates re-engaged. For the half-second that this operation happens, the power of the engine is totally cut off from the wheels.
This of course doesn’t matter in passenger cars, but in sports or race cars, this is an area of constant improvement. Some of the most expensive sports cars have a gear-switch time of as low as 8 milliseconds.

Gears are not the only place where a lag or a latency is experienced, the ‘power assisted’ steering is another feature. How quickly can the assistant sense the direction of the steering to then provide power assistance? The engines response to fuel jet being more open as you press the accelerator. How quickly can that happen. If you push too much fuel, it may just leave through the exhaust without burning. Engineering is a complex and therefore very satisfying profession: How to design engines that can take and burn more fuel and be more responsive?

Modern planes use Fly-By-Wire(FBY), rather that use pulleys, cables and hydraulics to change the configuration on the wings and rudder. Apart from being light-weight and more reliable, an electric controlled system greatly reduces latency.

In the Business World

No one creates everything by themselves

“If you wish to make an apple pie from scratch, you must first invent the universe.” Carl Sagan

In any business you would source the raw material and components. The business would need to place a back-order with its vendors before they can then sell it further to their customers. This back order will take time for fulfillment. Again there is latency. This latency has been reduced and optimized by using management techniques such as the one called Just in Time or essentially tightly integrating the flow of information(order placement) and material(delivery by vendor) within the production process.

DELL is a classic example of how efficiently they have integrated their vendors into the manufacturing process. Constantly reducing latency is a major aspect of business process improvement.

Apart from the physical world, the world of electronic circuits also has latency.

The modern Integrated Circuits have billions of logic gates. Each logic gate having its own latency. A simple AND gate that gives you the logical AND output of two binary inputs won’t reflect the output immediately. There will be some delay i.e. Time of Propagation Delay Tpd.

This delay is a reflection of the physical property of the material within the PNP junction or the basic logic gate. The step by step execution of instructions is controlled by the basic clock built into the chip. The electric current in the chip takes time to flow and to stabilize. This time to stabilize has constantly been improved by using better materials and manufacturing process. Today a pentium chip-set has a clock speed of say 3 Giga Hertz as compared to 200 Mega Hertz at the start of the 1990s, as compared to few seconds for each instruction when vacuum tube based logic gates were used.

There is latency everywhere. The way the good old electric bell works(why doesn’t the circuit break and re-establish an infinite number of times in a second?), the way your chicken cooks(why cant all the heat energy just be put in the chicken and cook it in a jiffy), IP(Internet Protocol) works, how telephones work, how your instant messenger works, how a database works – everything has a latency. Latency due to the inherent nature of the material and the sequential nature of steps that have to be executed one after the other.

The movement through the space, be it gears of a car or electrons in an integrated circuit are so integrated with time that they are no more separate. Space and Time are not separate, its just a SPACE-TIME-CONTINUUM.

Well, the answers are baffling. The two worlds of Physicists from the ‘Theory of Relativity’ and those of the ‘Quantum’ world are yet to resolve their difference fully.

Einstein had initially rejected the emerging models of Quantum Physics. He had famously said ‘God doesn’t play dice with the universe’. But life can be strange, it was Einstein’s work on Photo-Electric effect that finally established Quantum Physics. Einstein was awarded the Nobel in Physics for his work on Photo-Electric effect and not his Theory of Relativity.

Yet Einstein had rejected the quantum model and through the thought experiment of the famous EPR Paradox disputed the possibility of quantum behaviors.

The EPR paradox now says, suppose these two electrons are separated and taken to two different ends of the universe and if one of them is observed i.e. its uncertainty(50% each of 1/2 and -1/2) is collapsed into a certainty(becomes 100% either 1/2 or -1/2), the spin of the other electron will also get established immediately.

Talking about latency, this word ‘immediately’ has a very spooky implication. It actually means exactly simultaneously i.e. this information about electron reaches the other end of the universe immediately, faster than the speed of light. There is NO LATENCY! This directly conflicts with the established theory that nothing can travel faster than the speed of light in vacuum(299 792 458 m/s).

When we talk about the two entangled electrons always conforming to the laws of quantum physics, it means they synchronize instantly i.e. not even a delay of one PT!

Science fiction stories have for so long spoken about time travel. The ability to travel forward and back in time. The topic of my discussion over here is much simpler, that far from time travel, as of now we even have a challenge to make the same information available at various places in the universe, at exactly the same instance. Time travel is way far away at least for now.

Is all this just theory?

The spooky behavior of the universe, where changing a state of an electron changes the state of another electron on the other side of the universe immediately, has been well established and observed. While physicists had been able to observe this phenomena over few hundred meters within the lab, China recently has been able to change the quantum state of a photon over a 1200 km distance using a satellite(search the web or read here one such article).

At this point, only a few of the millions of photons were ‘spooked’ from a distance, but it is only a matter time before more rigorous hardware will be built.

The obvious application of this technology is in cryptography i.e. encrypting a message that can be sent across without the fear of password getting compromised.

Can this be used to transfer signals? Say you have 8 pairs of entangled particles. The pair is split and two bytes are created, each byte made from one each from the eight pairs. So now you have two entangled bytes. The two states can be designated as binary 0 or 1. So whatever is the state of byte A, the other byte B would have the binary opposite of it. If byte A is 00000000 then byte B would be 11111111, or if byte A is set as 11001100 then byte B would instantly become 00110011.

If such an entangled byte can be created, data can be transferred instantly across the universe.

There are of course many science, engineering and technology issues before this wave-particle duality can be exploited. A simple one being that the moment values are read or known, the particle is no more in a wave state, the wave has already collapsed into a certainty or a particle. The moment that happens the quantum entanglement itself is over.

However, strange things have been invented not much after the best authorities of the time had ruled them scientifically impossible. Lord Kelvin(of the Kelvin Temperate scale) in 1895 had ruled out any possibility of airplanes stating  “heavier-than-air flying machines are impossible”. He was proven wrong within 8 years by Write brothers.

Using Radio waves and Electricity we have been able to send signals at the speed of light. The next step is how to use Quantum Entanglement to transmit information across the universe instantly. It takes light 182 seconds to reach from Earth to Mars. We are already talking about human settlements on Mars. Will we be doing a audio call with a 182 second lag or latency(can we drill a shorter tunnel between Earth and Mars, through the space-time block to reach Mars quickly?)?

Remember the Michael J Fox movie series “Back to the Future‘ and how bizarre and sometimes dangerous the consequences of time travel can be. But I am not even talking about such a drastic advancement yet. I am merely talking about removing latency. That itself may have such profound impact the way we live.

Implications of Quantum transmission of information are tremendous. Not only will it have impact on inter plenary missions but something as simple as Algorithmic Trading in financial markets where money is made by exploiting the price difference of various currencies and commodities from one market to another, due to latency. The delay in the travel of information could be as less as a few milliseconds, yet it has financial implications. Within this milliseconds of latency some systems can exploit to make money, exchange Dollar to Yen in one market, Yen to Euro in another and Euro to Dollar in yet another market, all in a matter of milliseconds, ending up with more Dollars that you started with. If the information reaches everyone instantly(whatever that means. Maybe within one Plant Time, assuming there is no state change of the entire universe from one PT to next), this opportunity for arbitrage will go away.

Instant availability of all data anywhere anytime would have its own implication on how Artificial Intelligence works.

No latency in transmitting data across the planet means that the entire Netflix collection is all as good as on your local hard disk :).